Over Memorial Day weekend, Drew had some time off, so we took advantage and took a short little road trip. Our first stop was in Columbus at Center of Science and Industry (COSI). It was a way cool museum that C still talks about to this day. We had a total blast and were sad when the day ended and we had to leave. C said his favorite part was the TV studio. They had a green screen where the kids could pretend they were in a scene, and someone behind the controls could change the scene and effects. K said her favorite part was the little kids section. There was a section just for little kids that had all sorts of fun stuff to do. In fact E loved that part too because he was actually allowed out of the stroller to crawl around for a bit. 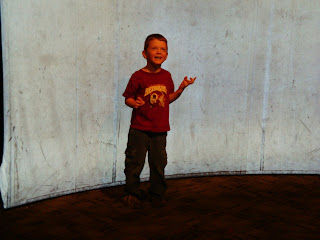 C in front of the green screen. 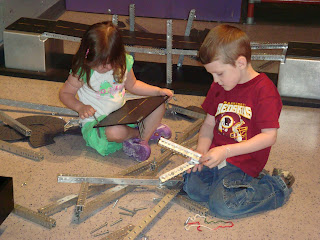 C and K building something with all of the metal and gears. 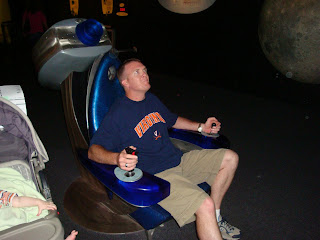 Even Drew had some fun while we were there trying to fly a plane. 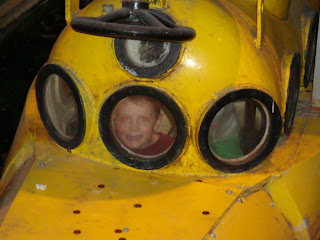 The kids in a real life submarine that they have partially emerged in water. Very Neat! 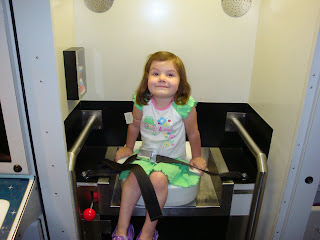 K sitting on an astronauts toilet. Notice the seat belt. 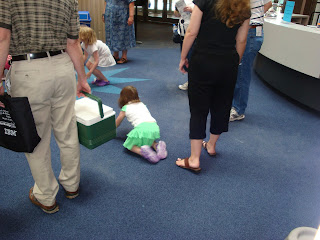 As we were leaving, they were doing a liquid nitrogen demonstration, so the kids got to play in the clouds before it all disappeared.

It was a fun day and I would highly recommend COSI to anyone.